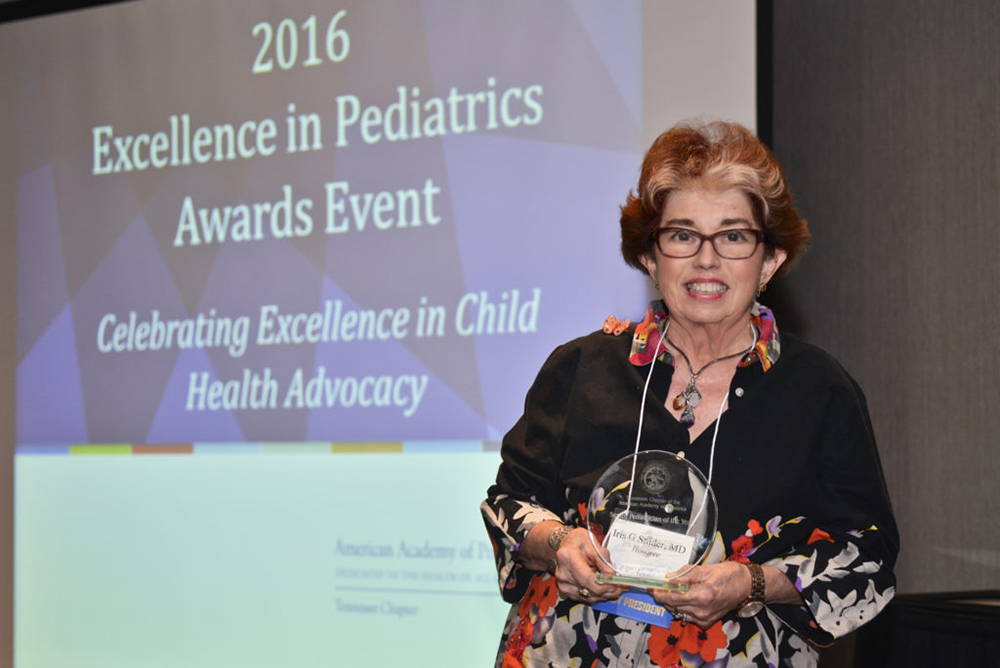 Iris Snider grew up in Maryville after living a short time in Oklahoma with her mom and her dad’s sister during the time her dad was serving in the Navy in the Pacific arena.

“I had aunts, uncles, cousins, all in the Maryville area. We had a really typical, small-town, nice life.”

She never wondered what she wanted to be when she grew up. “I always wanted to be a doctor even back when all I knew about it was that you wore a stethoscope and helped sick people.  Ideally, if I could have done it, I would have been a ballerina in the summer and a doctor in the winter.”

Iris always had many friends growing up but came straight home after school to keep house and care for her mother, afflicted with multiple sclerosis. The situation gave her plenty of time to study and earn good grades.

It was during medical school at the University of Tennessee in Memphis that Iris Snider met the young man who would become her husband. Over an

Easter weekend, she went to dinner with a bunch of her friends, and Jim Slowey had come with them. She and Jim had much in common, came from similar backgrounds and both loved medicine,  and they ended up getting married three years later.

The decision as to which medical specialty to spend her life career in was difficult. “I was halfway through internship before I decided that pediatrics would be my specialty. OB/GYN was my second choice, but it was Jim’s first choice. If we had both been obstetricians, we would have hardly ever seen each other – we are both hard-headed, and it probably just wouldn’t have worked.”

The Sloweys came to Athens after completing internships and residencies and a few years in other locations. “We both came from the kinds of families and friends growing up as are found in Athens. That’s why we came here in 1975.” Dr. Snider associated with the late, much beloved Dr. George

Ackaouy at Athens Pediatrics. From their perch on the hill above the hospital, they tirelessly cared for sick children as the world of medicine morphed around them into something entirely different than what it used to be. Technology changed it, and so did the politics of insurance and government.

I was curious as to what Dr. Snider considered to be the best, and also the worst, of the changes. Her immediate response was, “Immunizations. Immunizations have saved more lives and done more good than anything else in medicine ever accomplished. I have seen every disease that we can now vaccinate for…diphtheria, tetanus, polio, measles, rubella, chickenpox. Children used to die or wind up with brain damage from these diseases and now we can protect them. I do not accept children as patients whose parents won’t vaccinate. Everyone in

Athens knows you don’t go to Snider unless you have your children immunized.”

And the worst? “Obamacare. It has created a system of medical care that gives lip service only to caring about patients, stressing the entire fabric of medical care in our country. It allows insurance and government to provide care based on cost rather than what is good for the patient.” Dr. Snider points out though that the best insured care for children is in Tennessee. “Governors Bredesen and Haslam have made and kept changes to keep TennCare a better healthcare plan for the children of Tennessee than most, except for the very expensive insurance plans.”

There is one other major factor that Dr. Snider sees every day in her practice that affects child care greatly. “20% of the kids I see are being raised by grandparents, more if you add those in foster homes. Usually, one or both parents are heavy into drugs. 40% of the children don’t have two parents in the home. Many parents do a good job, but many don’t. Drugs become a way of escape for these kids, and the circle continues.”

Dr. Snider has spent an entire career working for the betterment not only of her patients locally, but has served on many statewide committees dedicated to the healthcare of all children. She has served on organizations that include (but are definitely not limited to): The Tennessee Medical Association; the Tennessee Chapter of the American Academy of Pediatrics, serving as Chairperson of the TennCare Committee since 1994, and formerly as president of the entire Tennessee Chapter; the American Academy of Pediatrics since 1975, from which she received a Special Achievement Award for distinguished service to the mission and goals of the Academy; Board of Directors of Children Special Services of the State of Tennessee. In 1995, Dr. Snider was awarded Pediatrician of the Year by the Tennessee Chapter of the American Academy of Pediatrics. In 2016, she received the Senior Pediatrician of the Year, and she’s still going strong!