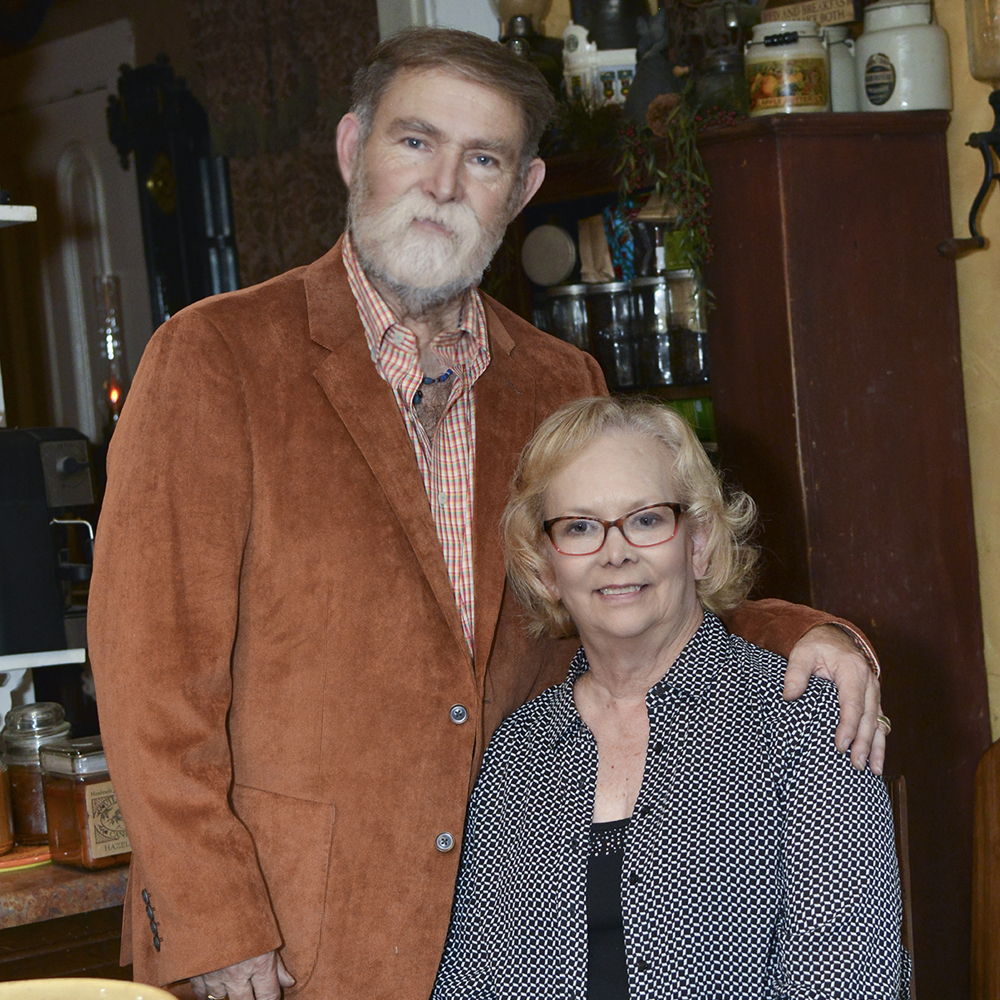 Calhoun, Tennessee, is home to a wealth of historic sites. A treasure among them is the Saulpaw Mansion.

The eighteen-room mansion was built in the 1870s by G. W. Saulpaw, who came to Calhoun from New York City. Mr. Saulpaw was a wealthy man famous for the bridges he built that included the first and second bridges across the Mississippi River. He and his wife had nine children. There are ten fireplaces with marble mantels in the house, one for each child and one for Mr. Saulpaw and his wife. The house also featured six rooms for live-in servants.

Lugh and his wife, Lisa, have lived in the Saulpaw Mansion for over 37 years.  They raised three sons within its unique walls: Lugh John Lemley, III, Lucas and Landon, now all grown with families of their own. Mr. Saulpaw would be well-pleased that the Lemleys call his house “home.”  Lugh’s three areas of expertise and experience are the foundation that, when blended together, have restored the home to its original grandeur and more.

Lugh attended Lee University and studied Plant Botany. He loves plants and has several gardens themed by the plants they contain. His herb garden is so large that it contains twelve plots with 123 varieties of herbs that he uses in cooking and in his tea. The oldest garden is the Obelisk garden featuring statues of the four seasons. One of the oldest gardens is a French Allee (long and narrow garden) that features Italian statues made in 1885, David and Aletha, standing guard at each end. The newest garden is still a work in progress. The Asian garden will feature a Koi pond and has an entrance with two 400-year-old stone guards from China on either side. Some of the ancient artifacts in the Asian garden are carved stone pieces from Thailand, jugs from Vietnam and Foo dogs from the same Buddhist Temple in China as the Chinese stone guards.

Lugh was born in West Virginia and raised on land given to his fifth great-grandfather for service in the Revolutionary War fighting alongside George Washington. He is an expert genealogist, perhaps because his descendants were so involved in American history. Lugh and Lisa have between them nineteen grandfathers who fought in the Revolutionary War and are both descendants of Jamestown, Virginia, families.

Lisa Lemley also has a fascinating background and taught 31 years in Bradley County. Her fifth great-grandfather was Bibby Bush, who is also a great-grandfather from whom the George Bush family is descended. The family was originally from Edgefield, South Carolina. Lisa met Lugh Lemley while attending Lee University.  They married in 1971 and bought the Saulpaw House in 1979. It was in a state of disrepair, with layers of wallpaper laced with coal dust hanging down from the ceilings and walls and five layers of linoleum on the floors throughout the house. There was no central heat and air. The Lemleys did most of the restoration themselves, turning the old mansion into the perfect scenario for Lugh’s third area of expertise. Lugh Lemley loves antiques and knows more about them than almost anyone.

The newest home furnishings are of the same vintage as the house – circa mid-1800s. There is a story in each piece, and many pieces are older than the “period” of the structure. One of the most interesting stories is of a huge burl dough bowl under the butcher block in the kitchen. Lisa’s fifth great-grandfather, Bibby Bush, died while making it for his wife. Years later it was discovered in the rafters of an old barn on the Bush Plantation in South Carolina.

The house features two dining rooms, one used for family and the other for formal events. Both are meticulously set up with china and silver from the 1860s and 1880s, and both are adorned with Christmas trees containing 200-300 ornaments each. Lugh loves Christmas, and in addition to the Christmas trees in every room, has a nutcracker collection of over 300 pieces.

There is a formal entry hall in the turret area, which used to be the front of the home. Interestingly, Calhoun used to be configured differently, making what now should be the front of the home the side instead. There was a circular drive where carriages once delivered ladies and gentlemen to the Saulpaw Mansion. It no longer exists, but the layout of the house is the same. To the left of the entryway as you come into the home is a ladies parlor.  The set of eight padded chairs in the ladies parlor are all worn on the front edge, as bustles were worn in those days, forcing the wearers to sit way forward on the chair. There are also five bedrooms and a library on the second floor of the home.

Lugh’s gentlemen’s smoking parlor is a step way back in time and features numerous animal mounts that are all antiques, a pipe rack and very rare hand-carved nutcrackers from the Black Forest in Germany.

Each room features a gallery of photos of different generations of Lugh and Lisa’s families.  Some are tinplates that date back to the 1790s. It is safe to say that the old Saulpaw Mansion, now the Lemley Home, is one of the most unique historic places in Southeast Tennessee.