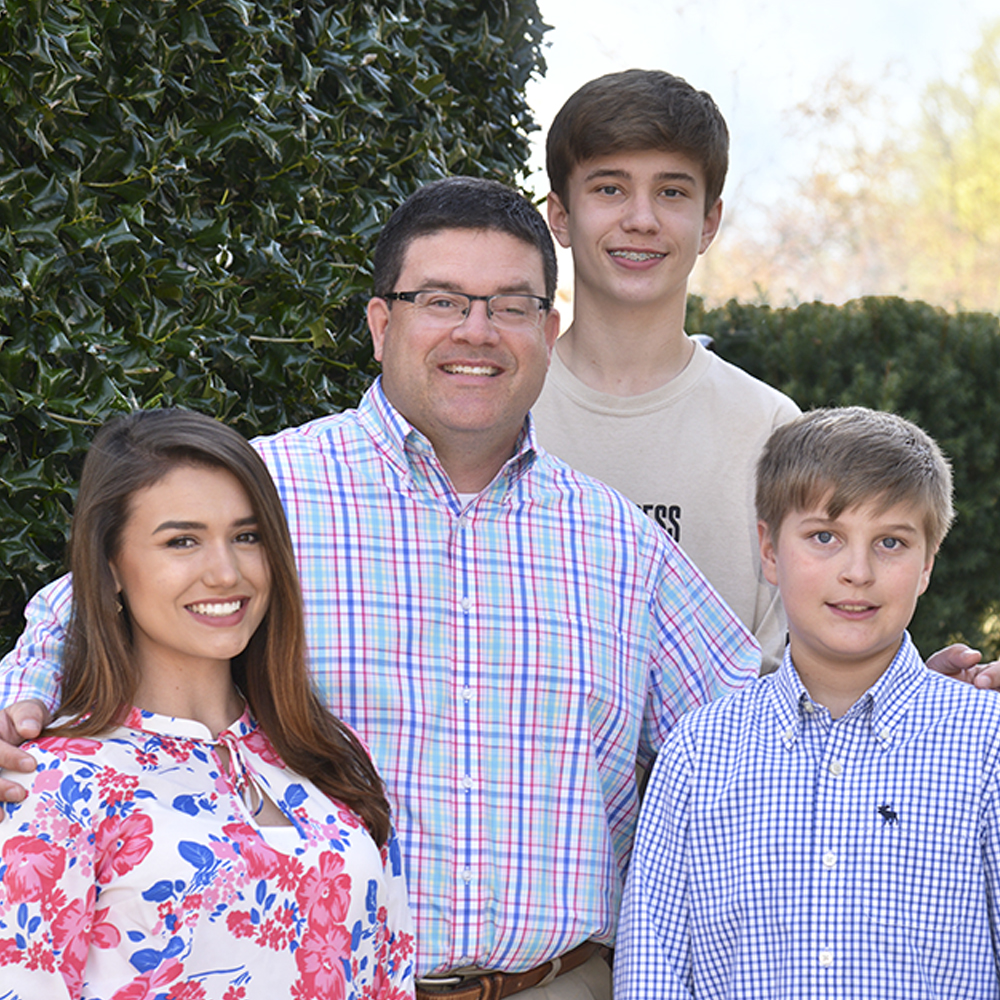 John Gentry is a sixth generation McMinn County citizen endowed with family values that have served our county well for the 14 years he has been our County Mayor.

He is from the Englewood area and comes from a family that believes that deep roots are worth pride in community and instill better citizenship and a desire to give back to community. His grandmother taught school for 40 years, and his grandfather was a member of the McMinn County School Board and bought the first school bus in the county with his own money.

The County has prospered under John’s leadership and remains debt free as it was during the tenure of his predecessor. Money has been set aside so future needs can be addressed with cash, saving many tax-payer dollars. McMinn County has the third lowest property tax in Tennessee and is the only debt free county in Tennessee. Considering Tennessee has the lowest debt per capita in the United States and McMinn County is Tennessee’s only debt-free county, McMinn County citizens have the lowest public debt burden per capita in the United States. Not many people realize this fact.

John is a true leader and goes way beyond what his job requires. I wondered (hoped) in the future he might aspire to becoming a senator or governor to serve the people of Tennessee. He kind of chuckled, and when he told me what he’s thinking, I couldn’t have been more wrong.

“I always wanted to be a history teacher. My favorite teachers were the ones who had real life stories to tell and were able to teach the philosophical with the practical. Right now I am just getting classroom material. You can’t teach history without knowing government and religion. I see the hand of God in history.”

John has seen the hand of God in many of his major life decisions. He planned to follow in his brother’s footsteps and go to Carson Newman College, but when he visited Lee University in Cleveland, he knew absolutely that was where he was supposed to be. While at Lee, Gentry had the opportunity to attend European Bible Seminary in Germany to study religion and politics. He was there right after the Berlin Wall came down.

“I had the benefit of driving from West Germany, which was a thriving capitalist country, through East Germany, which was under communist rule. Germany, was being unified, but not rebuilt yet. Driving through East Germany you could feel the oppression and see first-hand what happens when you remove God from society. There was no progression, no character. I felt what happens when government controls every aspect of people’s lives and eliminates the value of individual potential. I FELT LIKE GOD WANTED ME TO SEE THIS.”

Also while attending Lee University, John was selected to spend a semester in Washington, D.C., at the Christian College Coalition. At that time, the coalition consisted of 88 Christian colleges of many different denominations. Only 40 students were accepted to attend each year. Because of his interest in history, John was given an internship at the Smithsonian’s National Museum of American History in the Armed Forces Division, where he spent 20 hours per week, and the rest of the time “in class.” Classes were often taught in the respective department responsible for whatever public policy area they were studying, such as the State Department, an embassy or even the White House by leaders in the field being studied. For John, this was an awesome learning experience.

“I lived and studied with students of all different beliefs. I saw truth in all denominations – some were better in their style of worship, and some were better with social positioning – a bunch of parts that work together. God uses every one of us, and I learned to appreciate everyone and their differences.”

After graduating from Lee, it was unclear to John what his career path should be. It seemed that going to law school might be the right thing to do, so he took the LSAT and was accepted into the University of Tennessee School of Law in Knoxville. The fit did not seem right. One day while in the library, John happened to see a Regent University catalog. The Christian college’s foundation is based in the philosophy that servant leadership and study of government go hand in hand. It occurred to him right then and there that he had found what he was looking for. The rest is history.

John Gentry is not a “9 to 5” leader. He is hands-on, and when things happen, whether they be community events or community tragedies, John is one of the first to lend support. During the recent tornado, he spent countless hours helping with rescue efforts and countless days cleaning up debris. His children, 16-year-old Emily and sons, Will, 13, and Justin, 10, often help him on Saturdays.

“Actually, volunteering to help others is kind of a selfish thing for me. I feel good when I help people, and I enjoy that feeling. Like the Gentrys before me, I have deep roots and a lot of pride in this community.”