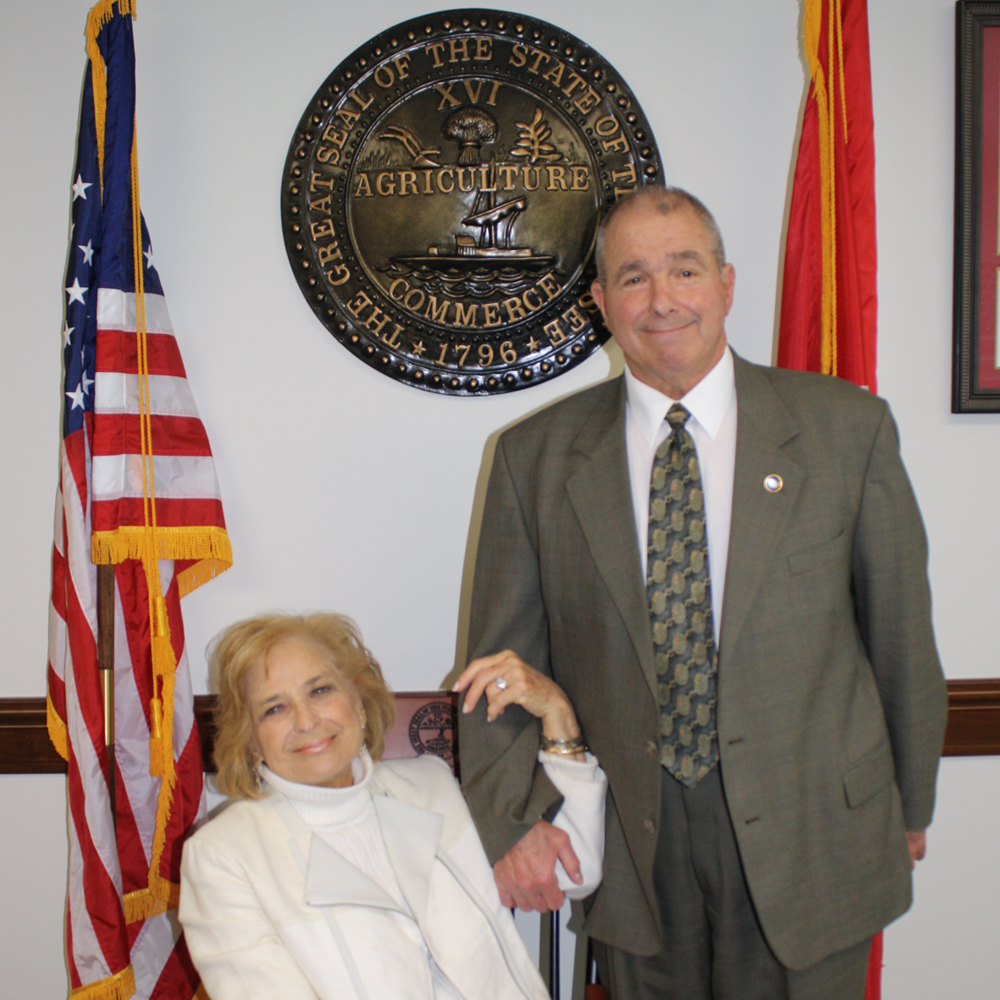 The young lad jumped off the corn-filled wagon and hurried to the general store where he had spotted the undertaker’s car.

“Sir,” he said to the undertaker,” please take my mule as payment for burying momma.” The undertaker said, “son, if I take your mule, how will you get your corn to market with just one mule?” “I’ll unhitch the other mule and go get the old horse and bring him back here to help pull that wagon.”

The young man was T. E. Forgety, Sr. He was just 16 when his mother died, the oldest boy of 11 children. It was the Great Depression, and there had been no money to bury his mom three months ago when she died. The undertaker buried her anyway saying the family could settle up when they were able. It was evident to “T” that this could be a very long time. The undertaker accepted the sorrel mule as payment.

This excerpt from the early years of “T” Forgety is important to this narrative because “T” is the father of John Forgerty. The Honorable Representative Dr. John Forgety. Integrity, hard work, and resourcefulness are part of the Forgety family DNA.

Grandfather Forgety always said, “The apple doesn’t fall far from the tree,” and it was very true in this case. Dr. Forgety’s father was in the military, his mother was a teacher, and, of their five children, four were teachers. “T” had retired from the military and had purchased a farm in Jefferson County, East of Knoxville, where they raised cattle, hogs, and tobacco. All five kids worked the farm before and after school, and from sun-up to sundown in the summer. It was John’s responsibility to keep the tobacco fields plowed with the help of a team of mules, Charlie and Kate. The girls tended the family garden and processed almost all of the food the family ate.

Dr. Forgety’s determination and hard work growing up served him well. He is a graduate of Carter High School in east Knox County, and nearby Maryville College with a degree in Health and Physical Education. While attending Maryville College, Dr. Forgety was an offensive guard and captain of the football team. He also received his M.A.ED.s at Tennessee Tech University, and his ED.d at Nova University.

Dr. Forgety started teaching and coaching in 1968. Says Forgety of his more than forty year career in education, culminating in four terms in the Tennessee House of Representatives, “if you can affect public policy that will help young people grow and prosper and help them in a positive way – what a legacy!” Thousands of students have benefitted from this philosophy … not only in McMinn County.

Dr. Forgety also served in the 278th Armored Cavalry Regiment of the Tennessee National Guard with headquarters in Knoxville. The Company mascot is Smokey the Blue Tick Hound, and officers are referred to by Smokey plus a number. First Sergeant Forgety’s call sign was “Smokey 7,” with the Company Commander being “Smokey 6.” Dr. Forgety was deployed for Iraqi Freedom III, Operation Thunder Road. The walls of his home office are covered in commendations and medals for meritorious service, but it is the children of Iraq that he talks about.

During one of Forgety’s deployments, the 278th went on a mission to Saddam Hussein’s palace. The brutal dictator had been captured and the 500 acre compound of palaces enclosed by a large granite wall, became headquarters for U.S. troops. Dr. Forgety describes the decadence of the dictator’s palace. “The fixtures in the bathrooms were made of gold, the commodes were inlaid with 21 K gold, palace floors were marble, and rooms adorned with French chandeliers. The concubines had their own palace as did the Hussein sons, although much smaller than Saddam’s. They were living large while right outside the granite wall were dozens of children who never had enough to eat. These children didn’t have anything. It’s hard to fathom how people like that think.”

Dr. Forgety was the Superintendent of McMinn County Schools during his last deployment. He was able to collect thousands of items needed by Iraqi children from the students and teachers in his county, including 30,000 pencils, tennis shoes, magic markers, color books, books, and notebooks. He and his men then delivered the school supplies in a 5 ton truck to several schools. Says Dr.

Forgety, “it was important to us that the kids know we weren’t all bad and were trying to help them.”

When Dr. Forgety retired as School Superintendent, he set out to accomplish two items on his bucket list. First, he went to school to become a licensed auctioneer and realtor. He says, “growing up, I went to auctions all the time with my dad and really admired the talent of the auctioneers. I knew that I wanted to do that someday. Dr. Forgety uses his auctioneering skills to conduct auctions of donated items at community events. Although his service has helped raise thousands of dollars for local organizations, the price for his service is right. “All I ask in payment is a cold diet coke.”

The licensed auctioneer then successfully ran for the Tennessee State House of Representatives, and is nearing the end of his fourth term. “I have enjoyed every minute of this and have gotten to know so many wonderful people. Chairing the House Education Committee has been a blessing after 40 years in public education.” A sign on the wall in his Nashville office sums it up pretty well, “We teach our children about Life, but our children teach us what Life is all about.”

John Forgety will retire from public service in November to spend more time at the Forgety Farm, “Leather & Lace, ” with his wife and best friend of 31 years, Faye.

Thank you, Dr. Forgety, for your incredible service!