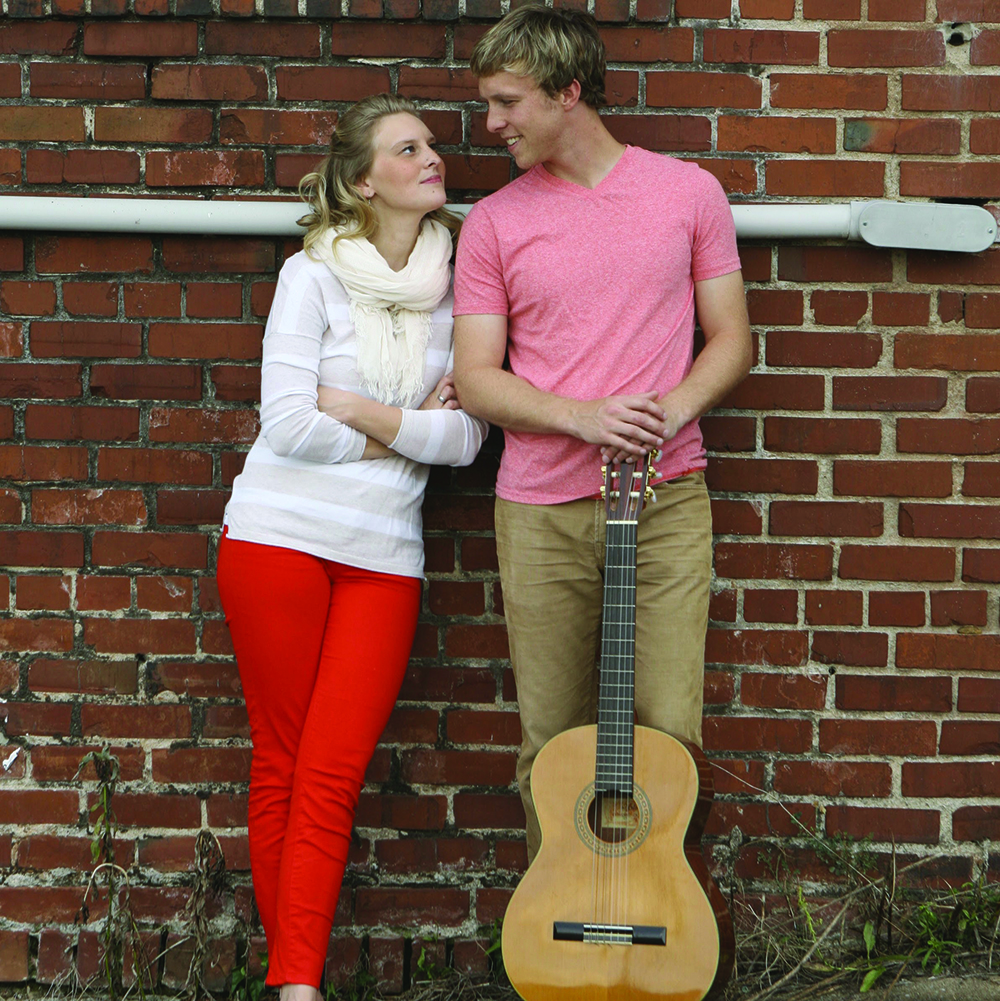 The year was 2010, and Athens musician Andrew Kimball had recently graduated from college.

Returning to his hometown, he opted to play guitar in a local Arts Council program. Singing in the program was Lindsey Nunley, and magic between the two began – magic that led to Lindsey becoming Andrew’s future wife. They married in 2013 and regularly began appearing together, and with other musicians, at Arts Council events.

Soon, a musical group was born and took on the name September Song, a play-off of an Arts Council program called September Songs. Along with Andrew and Lindsey, her sister Jen, friend Liz Thigpen Schreck and bass player Joe Littleton, the band grew.  Appearances continued at the local arts center and some other events.

Word about September Song soon spread, popularity was born and additional musicians were added to the group. Currently, the full band has become highly popular in East Tennessee.

September Song continued to appear at area events and at the local Arts Center, but changes were on the horizon. After the couple’s daughter Taylor Rae was born, Lindsey and Andrew began to write songs about their daughter.

“When Taylor Rea was born in 2015, it gave us new direction,” said Andrew. “We recorded a CD with those songs about her.” It was produced by the couple in a studio at their Athens home, with

Andrew playing all the instruments. The CD was mastered at a friend’s Pigeon Forge studio. All songs on the CD were written by Andrew, but Lindsey smiled and said, “We haven’t figured out how to co-write yet, but I’m open for a future of writing together.”

The husband and wife duo, still using the name of September Song, have become popular for weddings, wedding rehearsal parties, corporate events and other parties. Andrew said their song styles are uplifting, and easy to listen to. When they play live – just the two or with the full band – they incorporate their original songs with cover songs from the ‘60s to present day music.

As a duo, Lindsey is the primary melody singer, with Andrew providing harmony and occasional lead. Andrew said when they appear together, and everything “feels right, it is the greatest thing in the world. I’m getting to sing and create with my best friend and partner, the mother of my child and my love.”

In the future, the duo hopes to keep writing, produce another CD and continue playing more corporate events.“We are not looking at getting famous. We are looking to play as a duo, but if a larger band is needed, here we are,” said Andrew.

There are three ways to contact the duo or full band for bookings – @septembersongmusic on Facebook, septembersongmusic.com on their website or email at [email protected].  Andrew added, “We are very reasonably priced and bring our own sound equipment. We would love to play for you.”

September Song will perform on the Market Park Pavilion Stage at Pumpkintown, October 14, 2017.