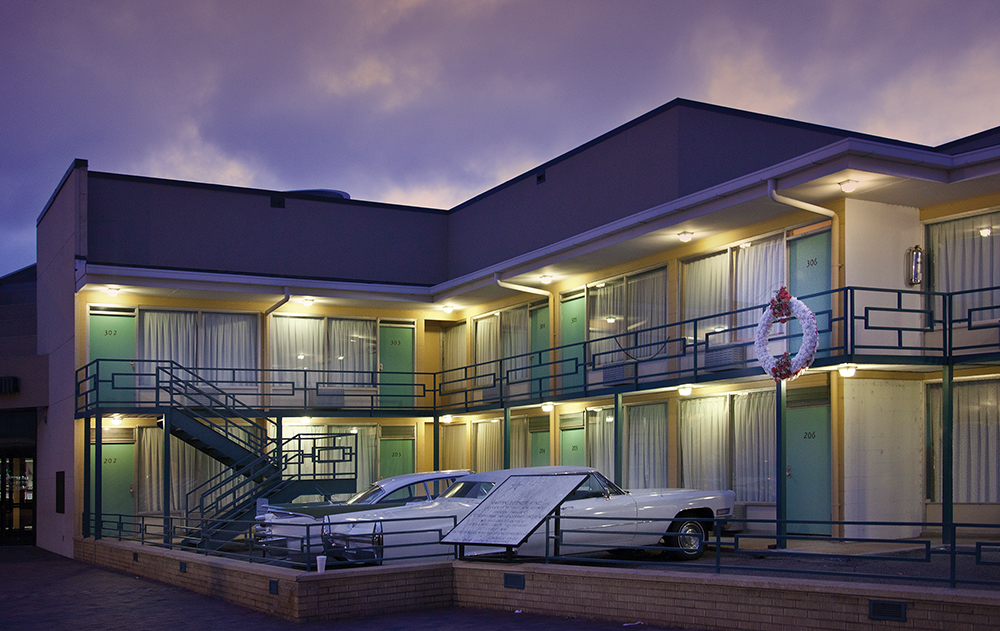 History is often set aside as not applicable today, an issue that has plagued the Civil Rights Movement since inception.

The National Civil Rights Museum offers visitors a fully immersed experience through multi-sensory and multimedia innovations combined with historical artifacts. The interactive approach allows all aspects of the historical and current Civil Rights Movement to be interpreted and applied to current times.

Located in Memphis,The National Civil Rights Museum is one of the nation’s premier heritage and cultural museums. With a mission to share the lessons from the American Civil Rights Movement, the museum continues to shape equality and freedom globally.

Established in 1991, the museum is located at the former Lorraine Motel. Purchased by Walter Bailey in 1945 and renamed after his wife Loree, the two-story concrete block motel structure was one of only a few hotels for which African-American travelers could enjoy accommodations during the segregated eras. Guests enjoyed its upscale atmosphere, home-cooked meals, affordable prices and clean environment. Aretha Franklin and Otis Redding were among the many who stayed at the Lorraine during the 1950s and 1960s.

Dr. Martin Luther King Jr. stayed at the Lorraine Motel many times, especially during t he Memphis sanitation workers strike of 1968. A strike that grew into an important event of the Civil Rights Movement, attracting the attention of the NAACP, the national news media, and Martin Luther King Jr. He first visited the Memphis strike on March 18th, speaking to an audience of thousands at the Mason Temple. On April 3rd, King returned to Memphis and the Mason Temple delivering the “I’ve Been to the Mountaintop” address. In a prophetic finale to his speech, King revealed that he was not afraid to die: “Like anybody, I would like to live a long life—longevity has its place. But I’m not concerned about that now. I just want to do God’s will… And so I’m happy tonight; I’m not worried about anything; I’m not fearing any man. Mine eyes have seen the glory of the coming of the Lord ”

On Thursday, April 4, 1968, Dr. Martin Luther King Jr., stepped out onto the balcony of his Lorraine Motel room #306 to attend dinner at a local minister’s home. At 6:01 p.m., he was struck in the face by a single .30-06 bullet fired from a Remington Model 760 rifle. The 39 year old civil rights champion and nobel peace laureate was forever silenced. On April 8th, King’s widow, Coretta Scott King, and the couple’s four small children led a crowd estimated at forty thousand in a silent march through the streets of Memphis to honor the fallen leader and support the cause of the city’s sanitation workers.

The National Civil Rights Museum is a complex of museums and historic buildings, most of which are directly associated with the assassination of Dr. Martin Luther King

Jr. On October 21, 2016, the museum was honored by becoming a Smithsonian Affiliate museum. The National Civil Rights Museum and Lorraine Hotel is a place of history and symbolism for all. Step aboard a vintage bus and hear the Rosa Parks altercation in Montgomery, Alabama or crouch into the hull of a 1700s slave ship to imagine the horrid conditions they endured. The museum collection offers 260 artifacts, more than 40 new films, oral histories, interactive media and external listening posts that guide visitors through five centuries of history. It may be built with bricks and mortar, but the message delivered is enough to change the world, one visitor at a time.