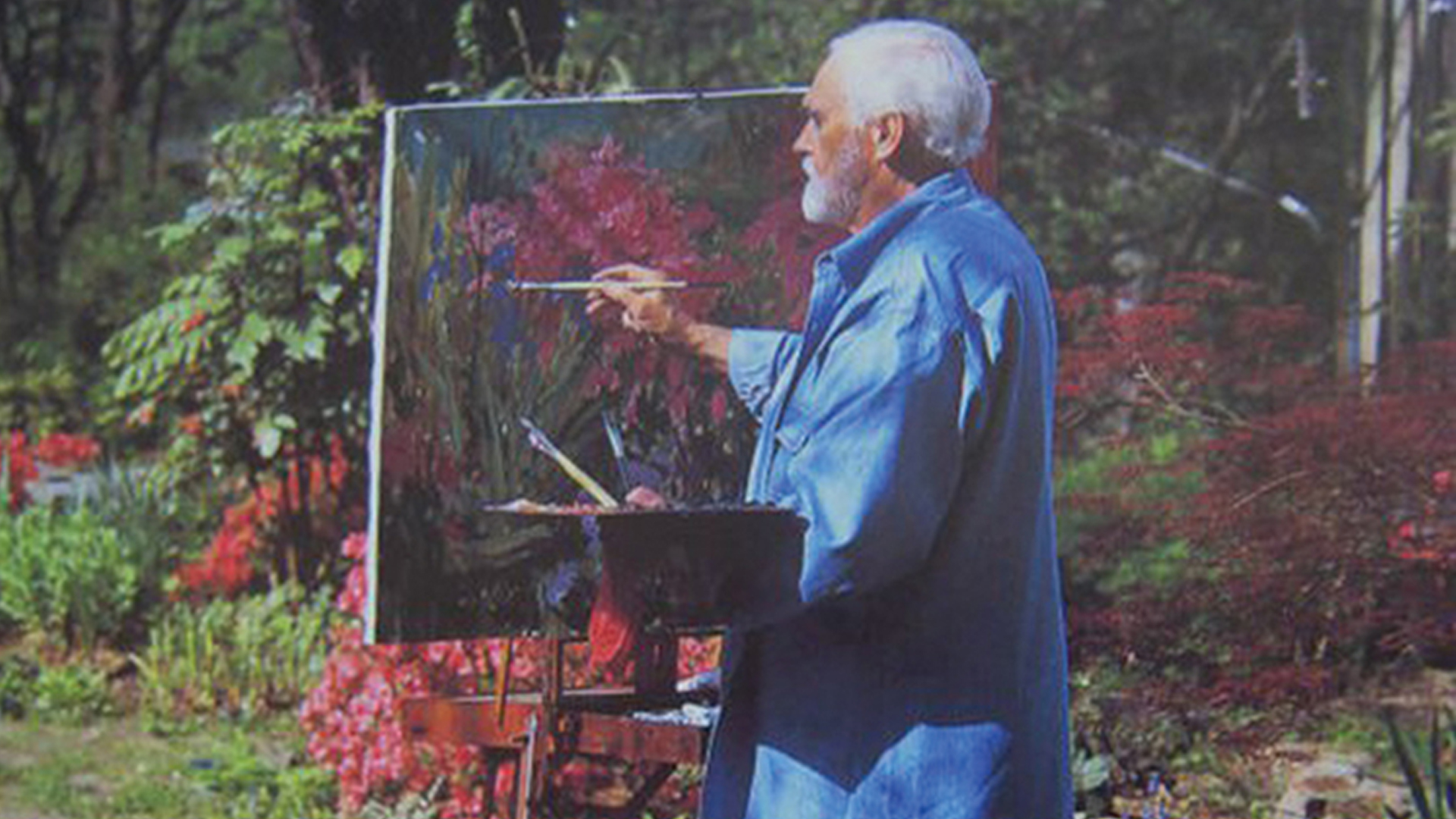 In space, they are together, ageless. Their image travels on a probe launched four decades ago, now sailing beyond gravity and time. Should it encounter life beyond the stars, a snapshot of their lives will tell part of the human story.

On Earth, it was Valentine’s Day, 2019. Jim looked at Fran through his thin-rimmed glasses. He took one hand off his walker and reached for her, and she helped him settle into his seat. They sat hand in hand, Fran’s nails polished a pale pink. A medical alert necklace dangled from her neck.

Jim and Fran Gray have been married 65 years. In January, they’d moved into an assisted living center in Bloomington, surrounded by dementia patients like them. In the living area, Billie Holiday was singing about all the old familiar places, and Jim sang softly along. “I’ll be seeing you…”

In the distance, three large paintings covered one wall. They show a parade bustling down the street – balloons and confetti, dancers and trumpets. Overhead, two spacecrafts streak across the sky. Jim started painting them when he turned 80 and dementia began to creep into his mind. They weren’t his best work, but that wasn’t the point. Jim was a nationally renowned artist whose landscapes and seascapes continue to hang on the walls of homes and galleries around the world. But when his hands lost their dexterity and his memory started to slip, he painted a series of three canvases called the “Joy of Life Parade.” His earlier paintings were for others. These paintings were for himself.

Every character, from the two men balancing on unicycles to the fisherman casting his rod off the back of a pickup truck, is a person he knew. He painted them — all the old familiar faces — because he was afraid he might soon forget.

There’s a long-legged woman in a yellow, skin- tight leotard and matching yellow heels. The red on her lips complements the red feathers in her grand, bejeweled headpiece. That’s Fran. The center of the painting and of his life. Now Jim is 86 and Fran is 85. In the assisted living center, Elvis is singing “Love Me Tender.” “Way to go!” Jim tells Elvis. “Shush,” Fran says.

Jim met Fran when he went with two Air Force buddies to visit her hometown in Illinois one night. Fran and two other young women pulled up in their car, and his friends talked to the ladies in the front seat. But

Jim wanted an introduction to the third girl, sitting in the back. The streetlight lit up her face, and Jim stepped back to take in her beauty. His Frannie. “I just sort of fell in love with her first time I saw her,” Jim said.

Fran has been an anchor for Jim ever since. They married and had three children. Art fueled their family.

Their daughter Laurie, who eventually became an artist herself, remembers playing a game when they traveled. On her website, she describes how they took turns pointing to something out the car window — a beautiful sky, for instance — and describing what brushes and colors they would use to paint it. Alizarin Crimson? Prussian Blue? Laurie says the game taught her how to see quickly and retain what she saw in her head.