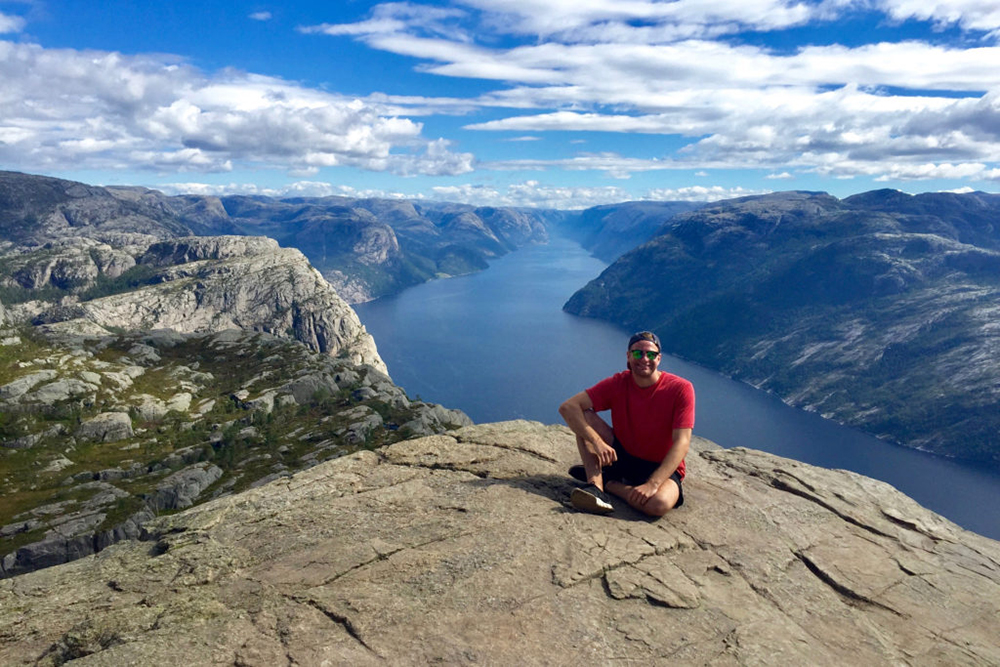 Andrew Curtis is the human definition of spontaneous and lived it out loud when he took off on an impromptu exploration of Europe.

Planning a trip abroad takes months of planning, reservations, contacts and scheduling. Andrew purchased a ticket, his single and collective action done prior to boarding a plane bound for Europe.

There was a timetable set of three months for exploration and rough idea of route as he set three days per destination: Greece, Ireland, the Netherlands, Denmark, Sweden, Norway, Germany, Prague, Austria, Portugal, Italy, Switzerland, Hungary, France, the Czech Republic, Monaco and Iceland.

The timetable changed immediately. “I spent two weeks in Greece, which is one of my favorite countries. I love Athens…this time I spent time in the Greek Islands.” Curtis was very fond of the Greek Islands. “I went to the island of Delos. It’s completely ruins of a pretty advanced society. The water is clear, the beaches are really nice and they’re some of the friendliest people I’ve met on my travels.”

As it neared the close of his time in Europe, the vast travels brought up a major issue, as he couldn’t afford the increased cost of $2,500 for a return trip home. It is a significant issue that pre-planning most often eliminates, however, Andrew’s spontaneous attitude didn’t allow for any frustration. Upon doing a little research, he discovered something unusual. “It actually ended up being $900 to go from Europe to Australia and then back to the U.S.”

So, he decided to go to Australia for two weeks. It was there he swam the great barrier reef, explored Sydney and got more than he bargained for at a hostel. Curtis laughed as he shared the experience. “That hostel was a hot mess. The faulty fire alarm kept going off at random. It was $15 a night, so I shouldn’t have expected much.”

For those who feel inspired to follow in his footsteps, Curtis gives this advice: “Be willing to change your plans. Be flexible and laugh
at yourself.”

Maybe jetting off for three months of travel without set planning is not for everyone but we can all apply the Andrew Curtis way of life to our day to day. As in travel, life will throw obstacles, so be spontaneous and go with the flow, for at
the very least, you will have a really great story.