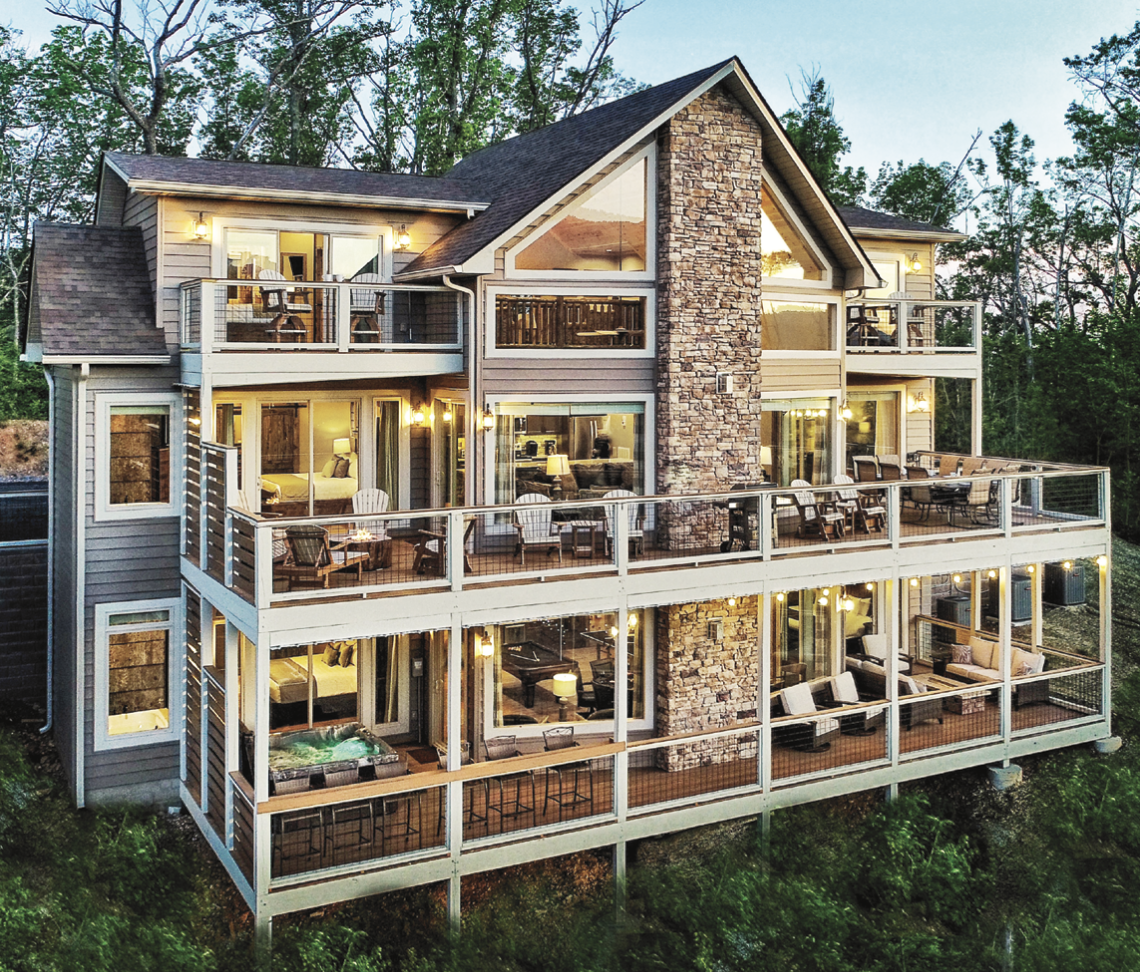 In 2014, Andre and Lauren Therrien started Heaven’s Cabins, their first Gatlinburg vacation rental. During the first few years, they purchased fixer-upper cabins, which they renovated themselves.

In 2014, Andre and Lauren Therrien started Heaven’s Cabins, their first Gatlinburg vacation rental. During the first few years, they purchased fixer-upper cabins, which they renovated themselves. Lauren led the way on that part. She learned all the trades from plumbing to painting, to drywall and tile work. Towards the end of 2016, they were up to 8 completed cabins. Unfortunately, 7 of them burned down the night of the fires (Nov 28th). For Lauren and Andre, it was the worst night of their lives. Although they lost a lot that night, there were so many others who lost so much more. Between the lives lost and the people who lost personal homes, the fires put things into perspective.

The loss of their cabins was insignificant compared to the loss of lives. According to reports, over 2,400 structures burned down on the night of the Gatlinburg Wildfires. Andre and Lauren started building their cabins back right away. One year after the fires, only ten cabins had been completely built back in their area. The Therriens were fortunate to have achieved six of those. They were very blessed to have amazing local banks and a great local builder partner with them. Shortly after the fires, Andre and Lauren began acquiring land in the affected areas.

They knew the road ahead was long and that it would take many years for the area to build back and to look beautiful again, but for them, it was worth the risk. Over the years, their cabins progressed and became even more stunning. In 2018, they hired their best friends (Matt and Monica) to manage guest experiences and to keep the properties looking amazing and upkept. They do an incredible job! Heaven’s Cabins currently rents exclusively on Vrbo and has hosted over 40,000 guests. Each of their cabins is rated a 4.9 or higher (out of 5), with an average review score of 4.95 on over 3,100 Vrbo guest reviews. They now have 35 luxury vacation rental cabins which range from two bedrooms and 1,000 square feet, to six bedroom and 4,600 square feet. Prices range from $110 to $2,000 per night depending on the cabin.