From House to Home 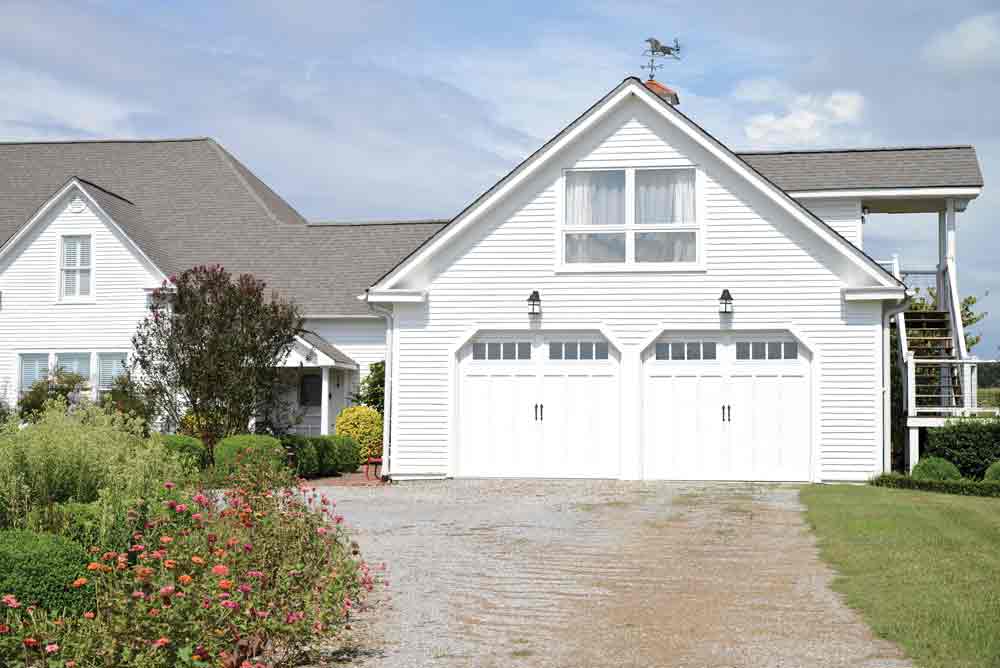 All of us have moved from house to house but not many of us has moved a house. The year is 2000, a new millennium. Our house movers are regular people; one a school teacher at Ingleside Elementary in Athens, her husband working at Crescent Hosiery Mill in Niota. A large two story house was sitting on the property adjacent to the mill near Highway 11. The land would be needed for expansion but not the house. The president of Crescent, Bill Burn, asked Steven Burce to try and find someone who would move this beauty that was built in 1908 by David Marshall Garrison. After several months Steven only had people interested in gutting and tearing down the old home. This thought upset him so he decided that maybe he could move it. Janet, his wife, was not on board, she was enjoying her empty nest now that both children were in college and she was not looking for a big project.

A chance visit by Janet to the house where (Steven just happened to have the key in his pocket), after a quick tour Janet changed her mind. It was love at first sight. Thus began the two year process. First job was cleaning out the house. The second story had been turned into an apartment and the new walls were demolished. The downstairs front foyer had years of paint on the beautiful pine woodwork this had to be stripped. They laughed that after starting this process that it appeared new paint had been applied each year. Janet’s sister came to help strip the layers of paint and said she would bring a pot of beans, two hours into the work she drily told Janet that “this is a more than a one pot of beans project.”

With the house cleaned out they were ready to look for a mover. Fortunately Highway 72 in Sweetwater was expanding the right of way and houses along the route had to be moved. Steve approached one of the movers and had him come and look to see if the house could be moved. He was given a green light so next was finding property for her new home. Power lines, turns in the road, road grades, the police department, the utility company as well as fiber optic cable were all considerations. Every afternoon the Burce’s would drive around the Niota area looking for property that could work. Finally, they decided on 10 acres close by, but after having the earth grader prepare the site it was determined that at least 17 additional acres were needed.

Moving day was finally here. Locals set up lawn chairs to watch the progress. What excitement when the attic was cut off and safely set by crane on the ground. Next the roof had to be sawed off. This was a critical moment as the roof could explode when lifted from the living space. Steven had been working on reinforcing the saw mill run oak framing which was so hard that it was impossible to drive a nail, so only screws could be used. They were successful. With the upper floors gone the house was now the required 25 ft. above ground level. The roof and the attic were moved separately on flatbed trucks. A pit had been dug at the new site and footers poured. The house is 3500 sq ft. and 70 ft. by 40 ft. lengths of steel were used to support the grand lady as she crawled forward to her new home.

When she arrived at Cedar Pond the crane lowered her over the footers and she was jacked up so that the foundation work could begin. After 600 blocks were laid she was slowly lowered barely sighing when she felt the solid stones under her weight. Later the Burce’s walked through the house looking for cracks and problems they opened a closet door and found that a half-gallon jar of water that had been forgotten it was still sitting safely on a self after the house being lifted and moved over a mile.

This was not the end of the story only the halfway mark. This old friend was to be restored, so now work began on insulation, wiring, plumbing and repaired trimwork. The home features, a Butler’s pantry, a maid’s bedroom above the kitchen and 9 ft. pocket doors into the formal living room. The brick chimney made the move but was deemed unstable. Janet tore down the bricks and threw them into the courtyard. Today they frame the house as pavers for the walkways and patios.

The walls are plaster so care had to be taken to restore and prevent cracks. Wallpaper returned to the entryway. Fortunately the staircase had never been painted and the pine hardwood floors were easily refinished after the carpet was pulled away. The Burces’ had a plan to start in the attic and work their way down. Instead of living in their new home they would return to their Englewood house which had hot water and sleep in a clean bed at night. They waited until the house was fully restored before doing the final move. This process took 2 years but the reward is evident. 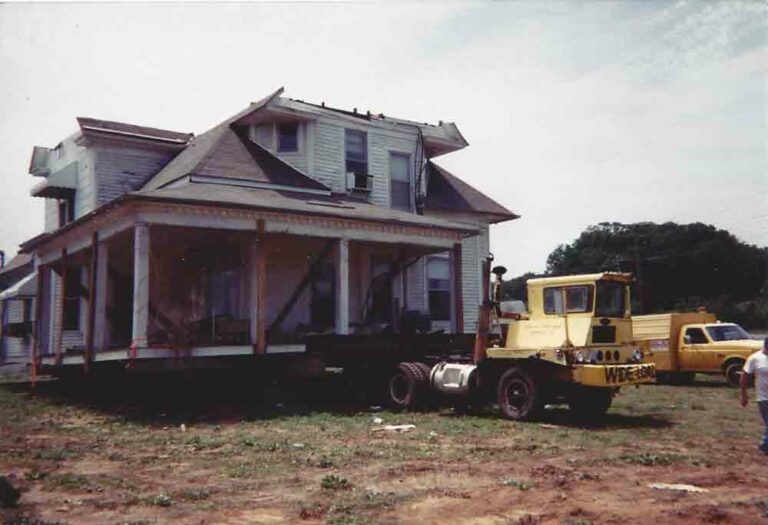 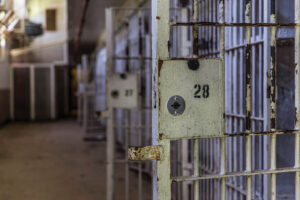 The drive up to Brushy Mountain State Penitentiary finds you … 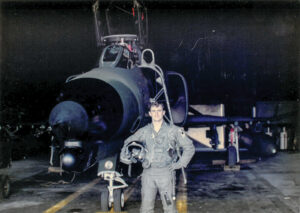 The Florida Keys are the subject of much folklore, a … 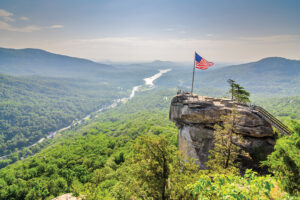 Today, reaching the top of Chimney Rock takes driving up …