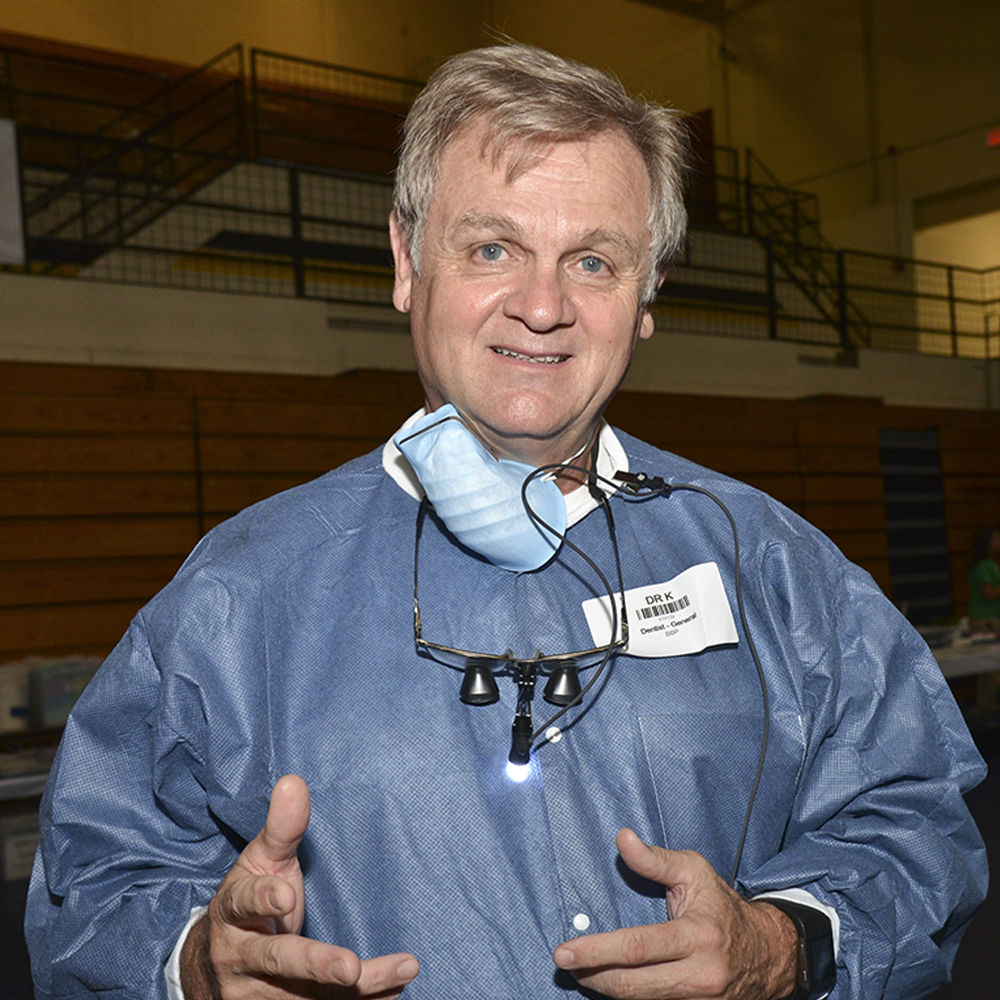 Athens dentist Dr. Dale Kennedy has seen the best of life and the worst of life. But for years, a medical career has always shaped his work, his helping others, and his walk from a Meigs County farm’s childhood to become a successful Athens businessman.

Early on, Dale had no idea what his future held. After his high school graduation he headed to Tennessee Tech to play football, hoping to become a high school coach. But changes were on the way. An admissions dean from the University of Tennessee sought him out, challenging him to test for a dental career. Dale passed the test, opted to seek a chemistry degree, and the rest is history.

Dale opened his dental office in 1979, but over the years traveled to Haiti, and the island of Dominica to help those who had no dental treatment available. It was there he became interested in a future idea called RAM, the Remote Area Medical group headed by Stan Brock. Dale fell in love with the organization and continues to this day to work with RAM in local and area medical programs, helping those who cannot afford medical and dental care.

“Probably one of my most memorable experiences came in 1982,” said Dale of his time overseas. “Using a bonded teeth whitening material, I fixed all six front teeth of a young lady who thought she would lose all of her teeth.” He said the expression on the young girl’s face after the treatment is one of his greatest memories of helping others.

The dental business continued to grow on a positive course, but hard times were just around the corner. In 1996 Dale was diagnosed with malignant melanoma and was given six months to live. He opted for surgery to remove all of the lymph nodes from his left side. The treatment caused excruciating pain. To ease that pain Dale was given a variety of drugs ranging from Percocet to Oxycontin. Dale admits his greatest struggle was to not rely on the pain pills during his daily work, and then try to receive minimal pain relief at night with the drugs.

“The darkest day I can remember was when I looked in a mirror and said ‘My God, I can’t stop taking these’ ” said Dale.

But change was on the way. With help from the Wellness Dental Committee, Dale discovered that the treatment he had been given was actually helping to create the pain, causing lymph to build up in his shoulder, with no place to go. The proper treatment for lymphodema was massage therapy. In six weeks, treatments took away the pain, and Dale said it saved his life.

“It could come back but so far I am cancer free,” said Dale. “One thing this story is going to do for me, is letting people know the truth about the many accusations that occurred during those dark times. It was a nightmare and in the right circumstances, anyone can be the victim of chemical dependence.”

He said how you respond and ask for help in treating that dependence takes courage. Dale believes those hard times cemented his work to help those in need. He said being at the right place at the right time and having a desire to help is one of the greatest blessings anyone can have.

“There is no better blessing on Earth than to be given the talent to get people out of pain,” said Dale, while sitting at his Athens’ office desk. “It is important to just hold a hand and have empathy for someone with cancer, or people with drug problems. Get out there and get busy, and as a child of God, be inspired to do what you can.”