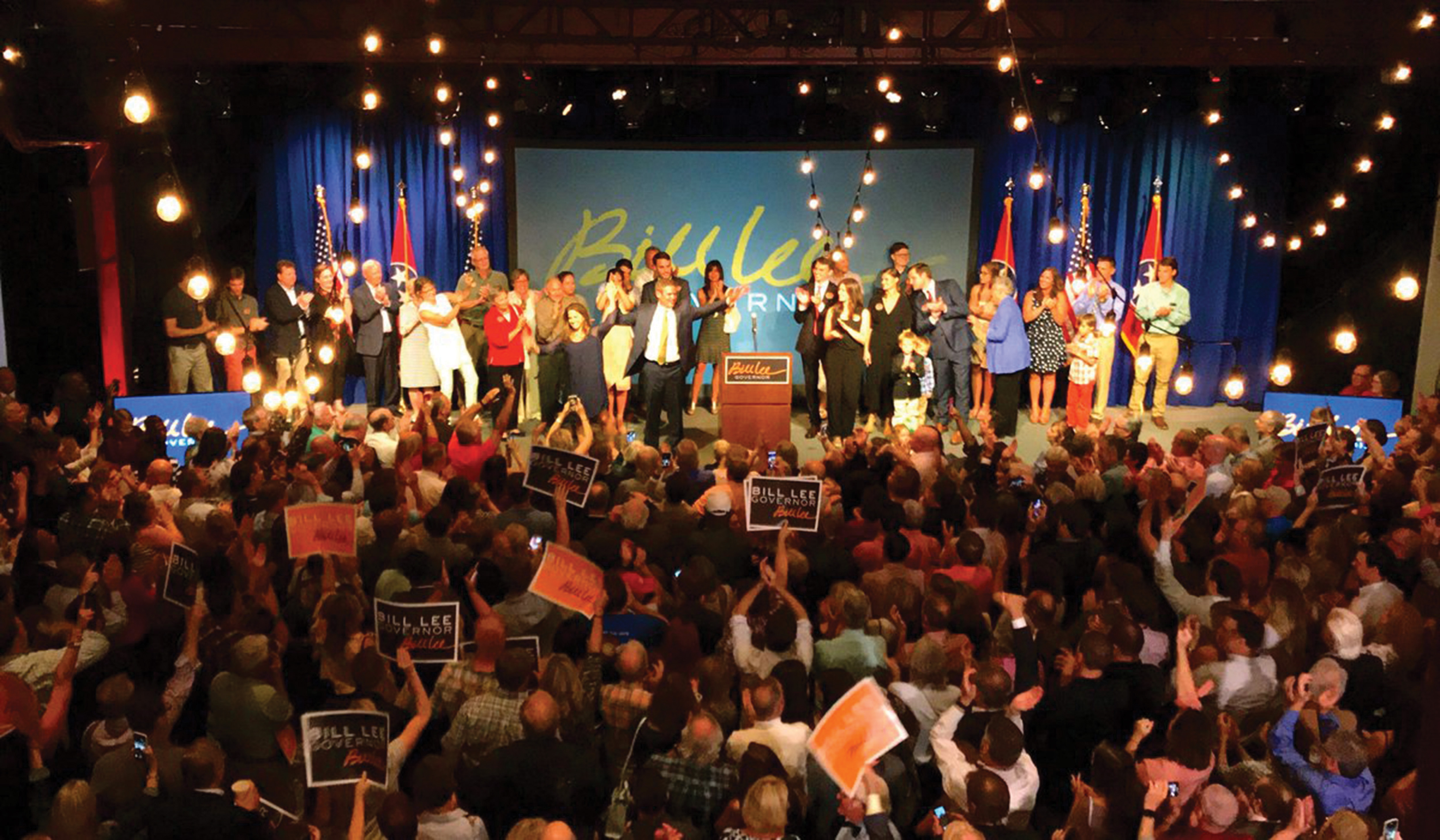 Bill Lee stepped onto the stage, “I love ya’ll, the first words from the winner of the Republican Primary for Governor.

“Wow, I love ya’ll, thank you;” said Lee, who at times appeared overwhelmed and speechless. Fifteen months earlier, Bill and wife, Maria boarded a 13 year old motorhome to visit 95 counties in 95 days. The Lee campaign was considered a long shot against a heavy field of qualified and popular opponents. On August 2, 2018, in a room packed with family and friends, the results appeared on the state television screen.

A victory speech equaled in humility as every town hall audience experience throughout the grassroots campaign. He is a man of common sense, prayerful consideration, and service.

The true heart of a servant is the only befitting description for businessman, Bill Lee complimented by the unmatched heart for others expressed in his wife, Maria.

In the last two days of this campaign, that motorhome, now 14 years old, was feeling the weight of all the miles, but despite the failed air conditioning and hectic schedule, the Lee’s rallied home to Franklin to await election results. It was a non-stop journey, but none along the path saw the exhaustion, stress or felt hurried in conversation. It was the opposite as they met each Tennessean with genuine sincerity, they listened, they hugged and they shared the vision for Tennessee.

Psalm 71:14; As for me, I will always have hope,” displayed on that RV, the foundation for Bill and Maria Lee, a hope for making the State of Tennessee greatest in America. The results are in…Tennesseans have spoken, placing their hope in Bill Lee for Governor.